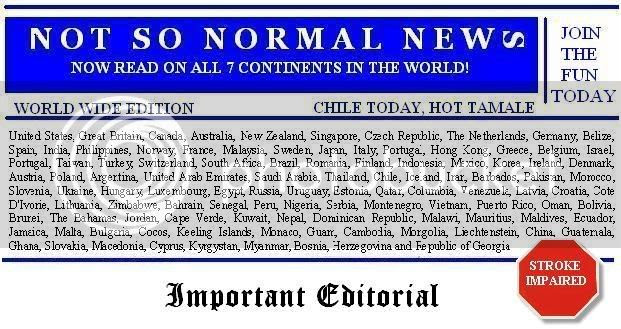 OKAY, I AM EXTREMELY TICKED OFF

or the last few days I have deleting advertising from the Comments section from these butt cracks leaving their stupid messages.

I have a choices here..... continuing to delete them immediately or put a password. That will take care of that problem. I'll let y'all know which I decided.

How do you feel about passwords to leave a comment?

PRESENTING: THE SHROUD OF SHANE

es, it's me! Me in the flesh and bones! I know you girls have wanted to see me stripped to the bare bones. Here I am!!!

Yesterday I went the Doctor's to have a bone density scan, God only knows why because I sure don't know why... I saw the picture of my on her monitor and I begged to have a copy. "I'm not supposed to...", she cooed. Then I glanced at her with my "sure ya can hon..." look...

"Well, ok", she smiled demurely. Damn, I still got it I thought... What girl wouldn't give me a xray of myself in the bare bones state that I was in...

he next you go to a Chinese restaurant, you might want to consider this.... A Beijing factory recycled used chopsticks and sold up to 100,000 pairs a day without any form of disinfection, a newspaper said on Wednesday, the latest in a string of Chinese food and product safety scares.

Uh huh... Now in all honesty is obviously aimed at all chopstick makers in China... only some of them, actually, right now, pertaining to one chopstick maker.

Officials raided the factory and seized about half a million pairs of recycled disposable bamboo chopsticks and a packaging machine, the Beijing News said.

The owner, identified only by his surname Wu, said he had sold the recycled chopsticks for 0.04 yuan a pair and made an average of about 1,000 yuan ($130) a day.

Wu, who had no license to sell the goods, said he had sold 100,000 pairs a day when business was good.

HOW MANY TIMES HAVE I DONE WHAT???

othing ever happens to me normally. I swear I attract odd people and find myself in strange and goofy situations. Last Friday I told y'all that I had an appointment at the VA, with a new doctor. I guess my doctor was tired of me and my illness(es), shrug. Before the appointment I was to meet this doctor who was conducting a study on patients that have cancer and "normal" people like me.

Supposed they feed criteria into the computer and up popped my name. Just your normal, run of the mill, unassuming patients that host a host of maladies like me. I was special.

He told me I was to answer the questions on the questionnaire, afterwards I would undergo a physical in their offices... everything would be done within 2 hours.

I sat down with my questions and began my contribution to science... maybe even end up in the New England medical journal! The study was broken into parts. Part 1 was easy enough... name, address, age, blood type, etc. A piece of cake.

Part 2 was my medical background... operations, etc. No problemo....

How often do you think about sex during the day? Please circle one was from 1 time to over 20 times a day. Do you have sexual dreams?

Do you get erections more at night or during the day? Are you erections less than desirable? Medium? Full?

Okee Dokee... I am all for science and all, but..... I thought it was an application to star in a X-Rated movie or sometime. I fully expected to be photographed naked and my picture attached to the papers.

Question.... This was to help and compare with patients that have cancer.... Ok, I am a little slow these days BUT why would people that have cancer be wondering about their sex lives. Don't the cancer patients have more on their minds rather to think about sex? and specifically MY sex life?

Why God, why... why is it aways me that get picks or get involved in things like this? Do y'all sit around in heaven and think up these situations and laugh and say: "Let's give this to Denny Shane to torture him."

CONGRATS MR. SHANE, YOU ARE A GUINEA PIG

he VA hospital has selected me, out of thousands of vets, to see a test subject!!! That's right people... eat your hearts out. I am scheduled for my 3 month check-up at the hospital tomorrow... I think my normal doctor was a little upset when I wrote him a letter telling how he doesn't pay attention to me when I complain... oh, I also sent a copy of the head of the VA Hospital also...

The next knew I was transferred to a new doctor and my first appointment is tomorrow morning. Well, I never....

Well he doesn't know I am the head of the "My Anything But A Normal Life" world-conglomerate... Anyway, today I get a phone call from a doctor that is conducting a study and my name was picked!!! WOW! A winner Finally!

He told me that my name was picked as a person who has had: 1 heart attack, 6 strokes, high blood pressure, high cholesterol, diabetes, clinical depression and problems with memory at my age. Imagine that, of all the veterans that had all of those exact conditions, they picked me. LOL

I felt I won a car or the lottery. I had questions of course... Like does this study pay any money? "No" Well, that pretty wrapped of my questions. Then he tells me that they wanted to use me as a comparison person with people that have terminal cancer.

I swear I never picked for normal things.

"EXCUSE ME SIR, YOU KNOW YOU WERE SPEEDING?"

uh Officer? Me? Speeding? There I was driving along, minding my own business... Checking the rear view mirror as I always do.... What? why is the cop flashing his lights behind me? Is he waving to me? Oh crap!!

He tells me to sit in the car and he would be right back and he walked back to the patrol car. That's when I realized... my car registration expired... in MAY... Bad enough?... I forgot to get the car inspected also.... oh geez....

Glad he didn't ask for the my insurance card..... it ran out last month! I just hate when your brain just stops working.

When was the last time you were stopped?

SOME PEOPLE ARE REALLY STUPID

his story just had me shaking my head... A woman was arrested after she called police to help "get her money back" after she was unhappy with the crack cocaine she purchased.

Juanita Marie Jones, 53, called Rochelle Police late Thursday night after she purchased what she thought was a $20 piece of crack cocaine, according to police reports.

She told officers she broke the rock into three pieces and smoked one, only to discover the drugs were "fake."

She took Officer Joel Quinn and Deputy John Shedd of the Wilcox County Sheriff's Office into her kitchen and showed them the drugs, police said.

She was promptly arrested on charges of possession of cocaine.

Members of the Not So Normal Club 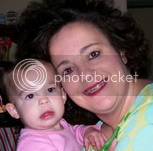